The key questions discussed included: What are the likely scenarios and next steps for trade policy and sustainability? What are the likely impacts for business in Europe? How can EU trade policy promote sustainable agriculture and food production in the future? And what role might the results of the US election play for trade and sustainability in the future?

The discussion was informed by a recent study that ECIPE published on the topic of trade and sustainability: The Role of Trade Policy in Promoting Sustainable Agriculture. You can also watch the full webinar here.

We provide below an overview of citations and contributions from speakers at the webinar and other stakeholders that provide insights into the ongoing discussion on how future trade policies can promote sustainable agriculture and food production. “The objective is to create added value that would translate into benefits for farmers and agri-cooperatives. Despite the positive trade balance development, EU farmers have not yet seen yet this translated into real value at farm level. Furthermore, the EU framework is increasingly pushing up production costs. This is not taken into account in international trade negotiations, despite the EU’s leading role in these areas.”

“We need to create synergies between internal and external policies. It is therefore necessary to re-examine production standards under the EU’s trade strategy. These include standards on animal welfare, production rules underpinning organic farming, or contributions to protecting the environment and mitigating climate change, which are based on sufficient and transparent traceability rules.”

“From our point of view, when exercising global leadership, we have to develop a level playing field across all operators in international trade, guaranteeing a balanced trade flow. We must promote all aspects of EU sustainability and extend the benefits of trade to farm level. We have been supportive of the EU’s current Trade for All strategy. We expect the future open strategic autonomy strategy to build on the achievements of the current strategy while also including the geopolitical and sustainability challenges.”

“Our approach to the US-EU trade relations is to develop them further. We see some favourable development on both sides and we certainly would like to continue this progress.”

“The Commission adopted the Farm to Fork Strategy, and the idea of this Strategy is to enable the transition to a sustainable food system that does two things: (1) safeguards food security, which of course has for a long time been one of the objectives of the EU, but also (2) secures access to a healthy diet and contributes to reducing the environmental and climate footprints.”

“But one of the other things that the Commission has said is that trade is not an end in itself but it’s really a powerful tool to export the EU’s values across the world (…) So, trade policy is also crucial in the realisation of the Farm to Fork Strategy, in particular its international ambitions.”

“I would say that trade policy is absolutely crucial in the realization of the Farm to Fork Strategy and, vice versa (…) to promote standards for sustainable food use at a global level, and the transition to sustainability is not a threat to farming, or retail sectors, but it’s rather an opportunity if embraced in the right way.” 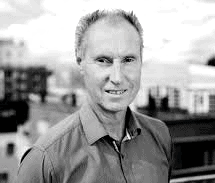 “Trade policy is an extremely strong tool, with power to change behaviour and actions of the market actors. Trade policy is therefore essential in our efforts to achieve the climate ambitions and Sustainable Development Goals. Trade policy should also play a crucial role in promoting sustainable agriculture and food production worldwide. In a global context, the ambitions for sustainability in agriculture is rather high in Europe, and food is produced in a relatively sustainable manner in our region. This could and should be a competitive advantage for European agriculture and food. But as long as producers in other parts of the world can produce cheaper because of less strict rules and demands, sustainable production becomes a disadvantage in the market.”

“Trade policy and trade agreements should prevent unfair competition and promote a level playing field with regard to environmental demands and policies on labour and health. Exporters should not be allowed to undercut the markets in Europe, by providing products with lower standards.  If the high European standards are undermined by cheap imports, we will not achieve the ultimate goal – sustainable food production in Europe and worldwide.”

Philipp Lamprecht, Senior Economist at ECIPE, presented the major findings of ECIPE’s study on “The Role of Trade Policy in Promoting Sustainable Agriculture”: “First, we see a case to be made for aligning Norwegian trade policy to EU trade policy when it comes to provisions on trade and sustainability in Free Trade Agreements.”

“Second, there is a substantial body of scientific evidence, risk assessments and international experience of standards in areas that are related to sanitary and phytosanitary standards and to environmental standards which any government that want to raise sustainability standards can draw on.”

“Third, many countries struggle to formulate their domestic sustainability standards in a structured way.This is a critical point for governments that are considering to introduce higher standards with consequence for market access for foreign producers. To avoid confusion or accusation of standards being a disguised trade restrictions, countries would have to structure and systematise its standards if the ambitions were to be raised and formed part of market access policy. A first step for a policy that seeks to condition import on the compliance with a standard is to make the standard clear and explicit.”

“And there are also direct and indirect relations between domestic standards and provisions in FTAs. FTAs often deal with policies that cannot be directly formulated in a domestic standard, like some aspects of labour laws. They also deal with other forms of standards that need policy convergence in order to guarantee smooth trade between the contracting parties. Generally, it cannot be said that the EU or other entities use FTAs to “regulate” or to establish the standard. That rather happens bottom-up – through domestic regulations that later get reflected in trade agreements.”