In today’s world, culture is considered very much part of a country’s national identity going beyond its traditional linkages with art and creativity. As it reflects the many important social aspects of a country, a number of voices have argued that culture should be protected and promoted by the government. What such views tend to overlook though is that similar to any other commodity, culture and its industries possess the two basic economic functions of supply and demand. On the one hand, there are the producers who supply works of art and, on the other hand, there is the audience who consume these goods. In other words, culture has been developed and advanced through various economic and business activities that are influenced by market forces—a process that can also be found in works of art throughout history. Acknowledging these functions will lead to a step forward from the earlier literature that has been too narrowly focused on creativity and cultural preservation aspects.

In this regard, Culture & Business (C&B) seeks to broaden the horizon of cultural studies to include the important dynamics of business and economics. It further encompasses other practices including the production and consumption of media, the arts and various forms of cultural products, the activities of governments and corporations, as well as the influence of other industries, technologies, interest groups, and religious displays. C&B also provides a unique opportunity to adopt a number of economic theories and business models that have not been used before to examine culture and cultural industries; hence this expands the scope of economy and business studies beyond their conventional focus on agricultural, manufacturing, and a few widely researched service sectors. Such an approach will help countries around the world consider more effective designs for their cultural policies. Not only will this boost their respective cultural industries but will promote progress toward true cultural diversity and creativity. Therefore, these perspectives can serve as complementary assets to the current interest in cultural studies.

Published bi-annually, C&B is an open-access peer-reviewed journal that provides an outlet for interdisciplinary, quality papers exploring the interactions between culture and business functions as well as related policies. In taking a broader view, C&B focuses on delivering academic and/or practical contributions to further advance theories and insights for culture and cultural industries in the real world. The contents of C&B are purely academic and educational. Articles published in this journal are the exclusive responsibility of their authors and do not in any way reflect the views of ECIPE.

Possible topics include, but are not limited to: 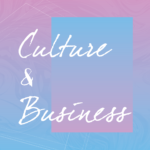 These instructions will ensure your manuscript will be able to proceed smoothly.

If you have any queries, please contact us at cnb@ecipe.org.