ECIPE > Blog > WTO and Globalization > Q&A with Fredrik Erixon and Björn Weigel, authors of The Innovation Illusion – How so Little is Created by so Many Working so Hard (Yale University Press)
SHARE THIS
SHARES 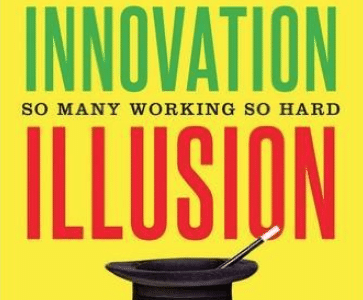 Question: Why is there an innovation illusion?

Answer: People are almost daily fed with horror stories about how robots, artificial intelligence, or smart machines are going to destroy jobs and make us all miserable. While there are many exciting technologies developed, our point is that innovation is not about new technologies but economies adapt to something new. And the sad reality is that Western economies are not adapting fast enough and that innovation does not power economic growth as much as it could and should. We have this vision about our current time as extremely innovative, but when you study how our economies work you rather get a depressing view of companies, labour and governments and how they are ever more hostile to radical change. They are all too often defending themselves against innovation rather than embracing it.

Q: Is this a new phenomenon – were western societies more innovative in previous decades?

A: No, it is not a new phenomenon. Western societies have certainly been more open to innovation in previous decades, but we document a 40-year trend of innovation slowdown. During that period, productivity growth has declined. Companies increasingly spend less of their revenues on innovation or to invest in long-term business building. Now that investment institutions own most of Western blue chip firms, we see that they are taking capital out of companies, but that is a trend that started several decades ago. Companies have generally become more bureaucratic and defensive of their product stock. Multinational firms wield greater market power than before, and it becomes increasingly difficult to really contest markets with new innovations. Globalisation helped to shape such markets – as did new waves of extremely complex regulations that deter innovators and companies from investing in radical innovation.

Q: You say that capitalism has lost its mojo – what do you mean?

A: Capitalism is a system for economic change and what economist Joseph Schumpeter called “creative destruction”. What we have now is more like a rentier form of capitalism – or a grey form of capitalism that is dominated by retirees. We don’t have many real capitalists anymore. The big firms are mostly owned by investment institutions managing other people’s money hunting foremost for predictable returns, and as societies grow older a greater share of savings is invested in firms that can deliver predictable returns. Innovation, however, is never completely predictable. It takes time for innovation investments to yield results and such investments will always be clouded by great amounts of uncertainty. But uncertainty is something that firms and investment institutions can’t stomach – they turn away from it.

The Innovation Illusion: How So Little is Created by So Many Working So Hard, pre-order a copy of the book from Amazon.