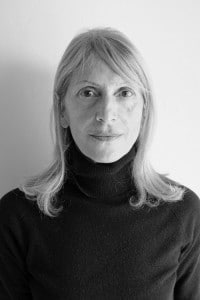 It is with great sadness that I write about the death of Miriam Campanella, a professor and economic scholar – and senior fellow at ECIPE for the past 7 years. She was diagnosed with cancer last summer and passed away on January 4th.

Miriam and I got in touch in 2011 because of a common interest in monetary policy – and particularly M3, the broad money aggregate. She had written a paper about the errors by the ECB in allowing a rapid growth in money in the years leading up to the global financial crisis. We had both gone back to the monetary analysis by Friedman and Schwartz, and asked about its relevance during the euro crisis from 2010 onwards. The period of rapid money growth was followed by a period of enforced money contraction, leading to huge contraction in credit and economic activity in the Eurozone – especially in some of the crisis countries. Then ECB chief Mario Draghi later began to expand the money base, but in a way that was too slow. It took some more time before the ECB turned their taps on, but even then it was ‘too little and too late’.

Miriam had a long and successful career. She once told me that her most formative period as an academic was in the 1980s, when she was based at the MIT Center of International Studies. At seminars at MIT and Harvard, Miriam got in touch with some brilliant scholars in international political economy and theory, like Robert Keohane. While there, she worked on systems theory and wrote articles about cognition, complexity and uncertainty. She would later continue her association with American academia, and she held a position at the University of Pittsburgh. In Europe, her academic home base was the University of Turin.

Perhaps it was her interest in complex systems that drew her interest to EU economic governance and, later, to global finance: areas that hardly can be accused of being simple and non-complex. Because that is what she spent most of her time on after her return to Europe, and she put her expertise to practice when she for seven years was at the Ministry of Finance in Italy. She wrote academic articles and textbooks on EU economic governance, primarily focused on the EMU and the ECB.

In the past years, she has been working a lot on the rise of Asia and what it means for the global financial system. She wrote several papers for ECIPE on currency reserves, bilateral swaps policies, and the changing nature of the global monetary system. She was particularly interested in the rise of the Renminbi as a global reserve currency. To that effect, Miriam worked together with several Asian colleagues and published widely in European and Asian journals and news outlets. Her last piece of work – due to be published in a book this year – before dedicating herself to the treatment of her cancer was on the asymmetric economic consequences of the Covid-19 crisis.

We will miss the energy and passion that Miriam had for her work, and her curiosity for new perspectives. She wasn’t the type of scholar that stayed in her lane but rather chose to take the roads ‘less travelled’. There are far too few of those thinkers around.

Our thoughts are with Miriam’s husband, Vittorio.

3 responses to “Miriam Campanella in memoriam”