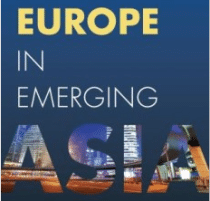 By Anupam Ray, Professor at Paterson School of Diplomacy and International Commerce, University of Kentucky at Lexington, anupam.ray@uky.edu

The interaction between Europe and Asia is the original driver of globalization. Columbus as we all know, was searching for an alternative route from Europe to Asia when he stumbled upon the American continent. The two continents together accounted for most of global population and economic output through much of history. They have been in constant contact. The nature of interaction between them has changed with the times, beginning with trade links and intermittent cultural contact, proceeding chronologically towards the unequal relationship of the colonial era and onwards to the globalized world with its interlinked economy. Asia, for the last four or five centuries was the weaker partner in the relationship, subsiding into a position of comparative disadvantage as the combined benefits of a series of political, industrial and scientific revolutions fueled Europe’s dazzling rise. “Europe and Emerging Asia”, edited by Krishnan Srinivasan and Frederik Erixon appraises the association between these two continents at a time when the global balance seems to be correcting this tilt away from Asia.

The multiple narratives that constitute the relationship between these two continents have traditionally been built on a series of bilateral interactions between individual countries. Exhausted by World War II, Europeans subjected their long-standing connections with Asian countriesto the dynamic of the Cold War and to the priorities of the Atlantic Alliance and the leadership of the United States. The remarkable group of authors, four diplomats, two politicians, four academics, and two public figures with close ties to policy formation, from 11 countries, lived and worked through this era. They bring a top-level practitioners perspective into the shaping of the post-Cold War polycentric world order with Asia finding itself and Europe trying to revive its lost glory.

The book makes two major contributions to the existing literature on this area. Its first contributionis in its examination of how the emergence of a new construct in international relations, the EU, with a number of common positions on several foreign policy and security issues, has impacted, in practice, the collection of bilateral narratives and Cold War equations. The second signal contribution is in the injection of Asian voices and perspectives in the discourse surrounding this relationship. The Asian authors define a number of common strands in the attitudes of major Asian nations – inspite ofdiffering religions, ethnicities, political cultures and stages of economic development – towards Europe.

Seen from thehigh-levelpractitionersview-point, the emergence of a continental supranational entity has added an additional layer to an already complex diplomatic landscape with a rapidly growing number of “actors.” The EU however, is not just another actor. It has the potential of generating a sum much greater than the total of its parts. The conclusion of the authors, however, is that this is not happening.

Europe’s primary resource, the authors conclude, is its soft power. Its inherent strategic weight is discounted because of its position as a junior partner in the Atlantic Alliance. The Asian perception is that the United States overwhelms many European impulses and Asian diplomats consequently focus upon building relationships with individual European countries – two of whom are veto-wielding permanent members of the United Nations Security Council.

Even when it comes to soft power, Asians tend to see the EU as a source of best practices, particularly economic or administrative best practices, rather than as a source of norms or values. This is not to say that Europe has no leverage. The correction in global distribution of wealth in favour of Asia, at least in part, is happening due to Asia emulating European and Western ways. Perhaps the most remarkable divergence amongst the Asian authors of this volume is between those from democracies and those from more authoritarian state systems. Authors from democracies are altogether more sympathetic to “universal” human values favoured by Europe even as they decry the inability of Europe to take regional interpretations of some of these values into account. The Korean contributor explicitly states that the Korea should be more proactive in working with the EU “in spreading the ideals of democracy.”

The European Union is a historically unprecedented supranational construct. The Europeans see this as a remarkable achievement of western civilization – its “latest avatar.” It has its admirers amongst the Asian authors, one of whom predicts that the international system will eventually be a trilateral arrangement between “three main supra-States” viz., America, Europe and Emerging Asia.

What unites all Asian authors is their acknowledgement that the European economy is vital to their interests.The decline in the relative weight of the European economy notwithstanding, Europe remains a key driver of the economic processes that has fueled the “Asian century.” The fact that this commonality of economic interest is not accompanied by a growing commonality of political perspective, as well as perspectives on issues such as the management of global commons and trade, is a source of frustration to the European authors.

European contributors and the sole American author refer to concrete indicators such as the conclusion of the Trans-Pacific Partnership and other regional FTAs and greater convergence in multilateral diplomatic outcomes as markers of progress – or the lack thereof – in the relationship. One of the most interesting revelations of the book is in recording how differently Asians visualise progress from Europeans. One of the Chinese authors calls for an increase in “mutual comprehension.” Another talks of the importance of identifying and dealing with obstacles that are bound to arise in a relationship that will go through ups and downs.   A European author, on the other hand, explicitly opposes “endless mushrooming of political initiatives that turn out to be only diplomatic dialogue.”

China and to a lesser extent, India, dominate European thinking about Asia. This book brings introduces lesser-known perspectives from “other parts of emerging Asia” such as Korea, Indonesia and Thailand. It draws attention to the Central and East European relationships with Asia that developed independently and differently from West European relationships. Another highlight is anaccount of the nature of interactionbetween EU and Asian entitites in the countries of the region where the two continents meet physically – the Central Asia/Caspian Sea area at the heart of the Eurasian landmass.

¹ A summary review of Europe in Emerging Asia: Opportunities and Obstacles in Political and Economic Encounters, edited by  Fredrik Erixon and Krishnan Srinivasan