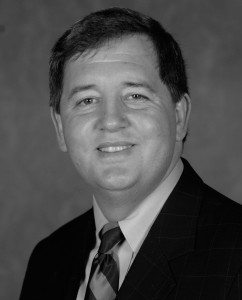 “Craig VanGrasstek,” according to The Economist (January 22, 2000), “keeps a sharp eye on the politics of trade.” His areas of expertise include the history and structure of the international trading system, the trade policymaking process, and the relationships between trade, power, and development. Dr. VanGrasstek teaches courses on trade policy at the Harvard Kennedy School, both in its degree programs (in 2000 and 2008) and in its executive education program (2001-present), and also taught an innovative course on the fiction of foreign policy in Georgetown University’s School of Foreign Service (2006-2009). He previously served on the faculty of the American University’s School of International Service (1994-2001), and has lectured at other universities, in the diplomatic academies of the United States and other countries, and at numerous training courses and seminars.

Dr. VanGrasstek has been a trade consultant since 1982, and has headed Washington Trade Reports since 1985. This Washington, D.C.-based firm specializes in monitoring and analyzing current issues in trade policy. The firm’s clients include corporations, government agencies, and such international organizations as the World Trade Organization, the Inter-American Development Bank, the Latin American Economic System, the Organization for Economic Cooperation and Development, the United Nations Conference on Trade and Development, and the World Bank. Dr. VanGrasstek has worked in over four dozen countries on five continents.

Dr. VanGrasstek received his doctorate in Politics from Princeton University in 1997. He also holds the degree of Master of Science in Foreign Service from Georgetown University (1983), and received a bachelor’s degree in International Relations from the University of Minnesota (1981).

He is the author of The History and Future of the World Trade Organization (WTO: 2013) as well as other books, chapters, journal articles, and monographs. These include the second revised edition of the Smithsonian Institution’s Scholars’ Guide to Washington, D.C. for Latin American and Caribbean Studies (Baltimore, Maryland: Johns Hopkins University Press, 1992), and (with Stephen Lande) The Trade and Tariff Act of 1984: Trade Policy in the Reagan Administration (Lexington, Massachusetts: Lexington Books, 1986).